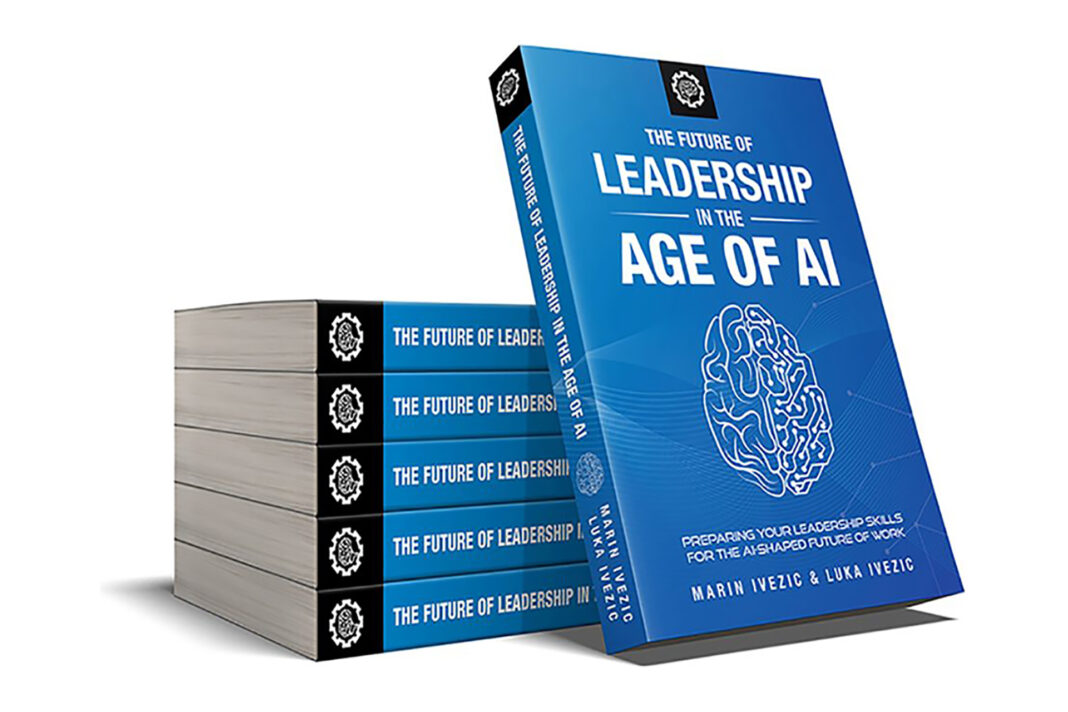 Today’s business leadership face a conundrum. Artificial Intelligence (AI) unquestionably will play an enormous role in the future of their organizations and the business environment in which they operate, but what effects will it have? Prognosticators have wildly different visions of the future it will create, ranging from causing the extinction of humanity to ushering in a Golden Age in which machines provide all humanity’s needs and free us to focus on altruistic service to one another and the advancement of human culture.

Both of these most commonly heard predictions are based on assumptions that lead to wild speculation that piques the interest of media. Dramatic visions of the future draw eyeballs to websites and sell magazines and newspapers.

What little analysis we have seen on the issue that doesn’t rush to dramatic extremes tends to dismiss the idea that AI will have much more impact than any other past technology has. Prognosticators of this view downplay AI as just another technology added to our business environment that will cause little more than a minor hiccup in society. They admit that it will displace workers from mundane jobs but suggest that it will move them seamlessly into far more appealing ones. To my thinking, this idea is as overly simplistic as the others are overly dramatic.

What makes AI more than “just another new technology” is its ability to create a convergence of the many emerging technologies, such of the Internet of Things (IoT), blockchain, robotics, 3D printing, augmented reality and many others. Such a convergence, fueled by AI’s ability to process data at unprecedented speeds, promises to usher in advances in processes that represent massive leaps rather than minor hiccups.

AI thus stands to disrupt our business environment more than any previous technological revolution that humankind has faced. Business leadership will not be exempt from the disruptions AI causes, either. It will have a massive effect not only on blue-collar workers, but also all the way up organizational hierarchies to c-level executives.

That’s right. It will affect not only the manual labor jobs that futurists correctly predict will experience displacement, but it will also displace many knowledge workers and leadership who complacently feel that AI will never affect them because of their specialized knowledge-based skills.

The fact is that AI will encroach on many of those knowledge-based jobs simply because AI is so much more efficient at processing far greater amounts of data than any human can. It can bring together far more data for analysis than the best business analyst. It can even organize the data it analyzes into business reports that are indistinguishable from reports written by humans. Many knowledge-based tasks currently done by highly skilled knowledge workers will be done by AI-enabled systems.

That doesn’t mean that AI will eventually displace all workers, either for the benefit or to the detriment of humankind. There are qualities that humans have that are well beyond the ability of AI to duplicate – either now, or in the foreseeable future. It is by understanding the qualities humans bring to an AI-enabled future that we will be able to position ourselves to thrive in the business environment that AI will create.

As a Partner at PricewaterhouseCoopers, specializing in risks and cybersecurity of emerging technologies, and as an emerging technology analyst we have worked on some of the most difficult problems that world-class organizations have experienced – including ones that involve AI. More important for the purposes of this book, though, we have witnessed the different approaches that industry-leading organizations have used when incorporating AI into their business processes.

We have seen organizations that adopted AI to eliminate thousands of jobs, increasing profits minimally by cutting costs. We have seen the human costs when AI is used merely to replace workers and how extensive that cost can be.

On the other hand, we have also seen organizations that adopted AI to augment their workforce’s skills and increase profits while creating additional jobs. We have thus seen the potential of using AI as a generator of both revenues and jobs.

The latter approach, unfortunately, is not the easy approach. It takes planning, effort and commitment to achieve. It is, though, ultimately far more profitable than using AI merely as a cost-cutting tool. We hope, through this book, to encourage business leadership to understand what AI can do – and what AI will do – to our future business environment. And we hope that leaders will prepare themselves properly to make the most of AI’s disruption – for their organizations and for themselves.

We see AI as having potential for extraordinary good. We believe, though, that that good will come only if business leaders recognize its transformative nature and position their organizations – and themselves – to thrive in that transformed environment.

This book will therefore begin by examining the visions that currently dominate discussions of how AI will affect our future. It will show both the real problems of which those visions rightly warn us, and the hyperbole inherent in the way forecasters take their arguments beyond what AI is actually capable of doing.

It will examine how extensively AI is currently involved in the things we take for granted in our world today – far more than most people realize. It will assess the directions in which AI growth is headed and the massive effect AI is likely to have on the future of our economy. And it will examine the massive shifts in workforce skill sets that will be needed to support an AI-enabled economy into which more and more aspects of AI are increasingly integrated.

Those skill set shifts are already beginning. They already make it challenging for organizations to find qualified candidates to fill many current needs. If not proactively addressed, this need for skill set shifts has the potential to become critical in the near future.

Thus, the focus of the latter half of this book is on what skills business leadership need to obtain if they are to stay ahead of the changes that AI is creating and what skills they need to incorporate into the teams they lead. These skills are fundamentally people skills: emotional IQ, complex problem solving, creativity, persuasion, ability to motivate and mentor others. AI currently offers at best only a poor imitation of what humans can do naturally.

AI will free workers from more repetitive tasks, including many of the repetitive tasks done by knowledge workers. They will more time to spend on tasks that require higher skills. It will then be essential for leaders to guide and motivate workers to upskill themselves so they can fill positions that require skills they do not now have.

Achieving this shift to higher-level skill sets will be no small task. Yet even that will be only part of the coming challenge. AI will greatly accelerate the pace of change, forcing dramatic changes to the ways that organizations structure themselves in order to survive in a faster changing world in which a steady flow of innovation will be crucial. This book will thus reveal some of the ways that forward-thinking organizations are seeking to increase their flow of innovation.

Lifelong learning, too, will become essential for both leaders and workers. The skill set shifts demanded by AI will not be once for all. Ever-changing conditions in the business environment and an accelerated cycle of technological advance will create a continuing need to keep enhancing skill sets in order to keep up with developments.

Furthermore, changing worker expectations will require leaders to transform the approaches they currently use to guide and motivate workers. With so-called soft skills becoming increasingly important to augment the logic-based skills that AI provides, hiring approaches will need to adapt from what is now largely an approach of “checking off the boxes” of work history to find suitable candidates. We will thus describe some of the approaches that innovative companies are using to transform their hiring processes.

The markets in which organizations compete will expand from local to global, greatly increasing the need for organizations to pursue a diverse mix of leaders in their teams in order to compete effectively in globally distributed markets with dramatically different cultures.

The need to broaden the perspectives that go into developing AI systems has impact even in organizations that are not currently competing in global markets. Examples have already occurred where the lack of broad enough perspectives among developers of an AI system has threatened the integrity of the analyses conducted by it. Here, too, I’ll show what some innovative companies are doing to increase their mix of perspectives.

Finally, in addition to the human changes that will be required in an AI-enabled world, technical changes will also be essential. The fact that hackers are increasingly able to use AI in cyberattacks will require substantial rethinking of cybersecurity approaches. Vulnerabilities are magnified. Risks increase exponentially.

These risks go beyond the traditional hacker target of accessing sensitive information from secured systems. It opens the door to attacks in which hackers inject damaging information into secured systems. Such things as disinformation/media manipulation/stock manipulation and other such threats are issues that every senior executive should be aware of. My experience in cybersecurity has given me ample opportunity to research how to deal with such threats and how AI can be used to enhance cybersecurity.

In all, the changes that AI is bringing to our business world are massive. There is, though, reason for optimism. Unlike the visions of our future that picture AI “taking over” our world – for good or for ill – the future of our world will not be swept along in a tsunami that we are unable to control. It rests firmly in human hands – and particularly in the hands of business leaders.

Our actions – or lack of actions – will determine how much of a disruption these new technologies cause to our lives and to the lives of those with whom we work. We can stand by idly and watch emerging technologies change our world, or we can position ourselves to prosper from the changes they bring and help make the world better through the use of AI. We write this book in the hope you will choose the latter.