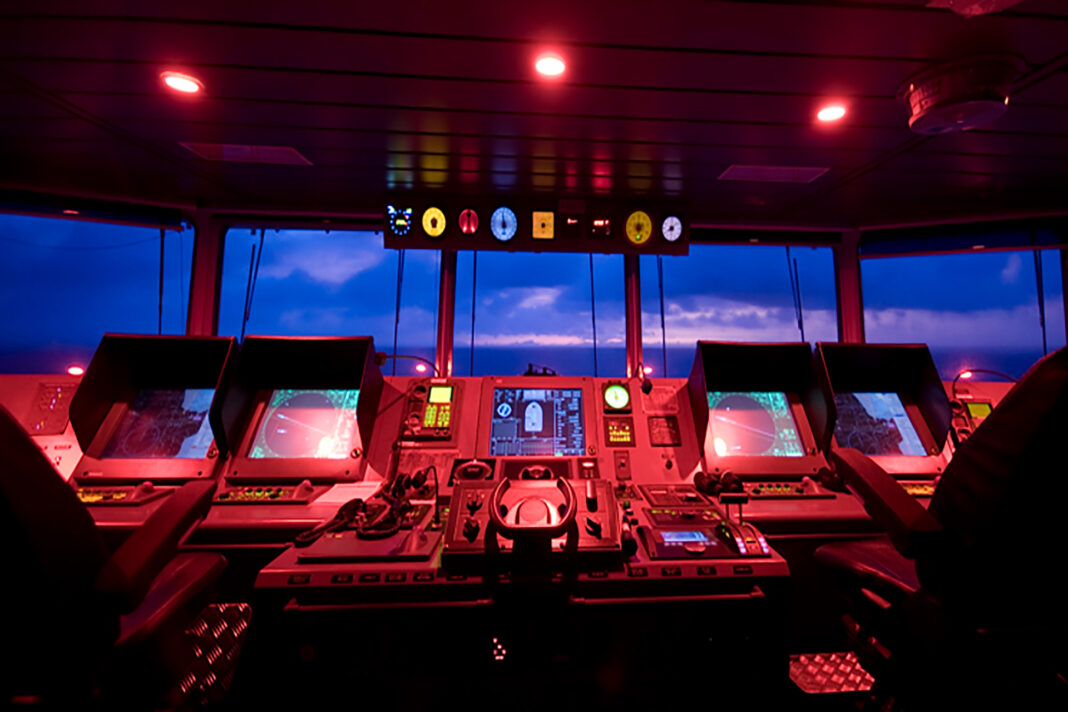 The maritime industry faces a not-so-distant future when ships will be completely autonomous, using navigation data that they receive to plot their own courses with only minimal input from shoreside control centers. The efficiencies this could bring are massive, but before this happens, cybersecurity issues must be addressed. Not only are many vessels configured in ways that invite cyberattacks, but security practices also need to be improved before the industry can safely navigate its future.

A fleet of 250 autonomous vessels may launch soon. And that would be only the beginning, according to McKinsey and Co. McKinsey sees autonomous ships becoming the norm, spurring consolidation of different shipping branches – trucking, railroads, maritime, port services – into an end-to-end system that combines them all and increases the volume of container trade as much as fivefold.

The benefits of such a digitally driven industry is not without pitfalls, though. Vulnerability of digital systems is a real threat. Michael Mullen, U.S. Navy Admiral and Chairman of the Joint Chiefs of Staff, warns, “We are vulnerable in the military and in our governments, but I think we’re most vulnerable to cyberattacks commercially. This challenge is going to significantly increase. It’s not going to go away.”

Three navigation-critical systems have proven to be vulnerable:

The increasing practice of connecting shipboard systems to shoreside stakeholders via satellite or RF radio offers hackers opportunities to intercept and transmit falsified data, either to the ship or to stakeholders onshore. And anyone who can access system USB ports may – maliciously or unknowingly – download false data or malware.

Compromise of these systems is not theoretical. Such cyber-kinetic attacks have happened. For some examples have a look at my more detailed article on maritime cybersecurity threats. Unfortunately, though, those incidents have not spurred significant security improvements.

Much of that is due to laxity in security practices. Ninety-nine percent of successful attacks on maritime system are through known but unpatched system vulnerabilities. Security is often limited to protecting system perimeters, with thought rarely given to detecting intruders who have penetrated the perimeter or stopping them from penetrating further.

Vessel systems often give all users admin access, which multiplies the number of vectors through which an attacker can compromise systems. Finally, many vessels network both their information technology (IT) and operations technology (OT) systems and then connect both to the internet for shoreside monitoring. This, however, gives any hacker who penetrates the perimeter full access to even the most critical onboard systems.

Maritime companies often fail to recognize what an attractive target they are to cybercriminals. The industry moves large sums of money between shipping lines and bunker suppliers or shipyards, not to mention the sums being paid the shipping companies for their services. Not only that, but compromising maritime systems offers an inviting way for criminals to move illicit goods.

An August 2011 cyberattack on Iranian Shipping Line (IRISL) caused weeks of chaos and severe financial loss. A 2017 attack on A.P. Moeller-Maersk cost them more than $200 million. Organized crime organizations have ensured the unchallenged delivery of their illicit goods by hacking into cargo systems in Netherlands and Australia.

A fraudulent scheme victimized the World Fuel Services (WFS) when cybercriminals forged a fake fuel supply tender to take delivery of $18 million worth of marine gas oil. Similar losses reported across the shipping industry have cost it hundreds of millions of dollars. Combine all this with ransomware attacks, sabotage and industrial espionage and the cost to the shipping industry is astronomical.

Vulnerabilities that led to these losses could be reduced by applying to both IT and OT systems the principles recommended for other cyber-physical systems: defense in depth and defense in breadth. Defense-in-depth involves providing multiple security layers, so the more critical a system is, the more security levels protect it. Defense-in-breadth provides multiple security defenses within each level, so penetrating one system is limited to that one system and doesn’t automatically give access to others.

Originally published on CSOonline.com on January 8, 2018.