Cyber-Kinetic Security, IoT Security, CPSSEC by Marin Ivezic
Home Massive IoT and 5G If You Thought 5G Was About Mobile Phones, You Were Wrong 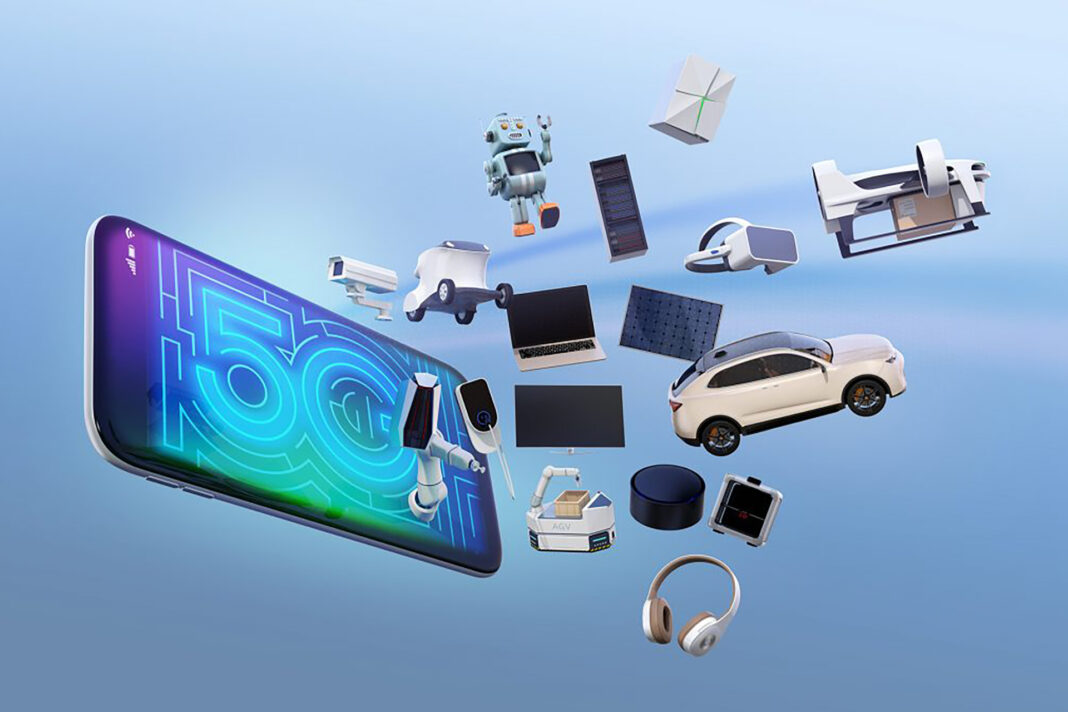 Everybody has been confused about the furore over 5G recently. The confusion, of course, being why would anybody be so concerned with 5G now compared to 4G or 3G or indeed any of the past cellular mobile communications specifications. Why wasn’t the USA attempting sanctions when Huawei was providing 4G and 3G equipment? How come it is an issue now even in the non-Trumpified European governments who don’t have a mini-trade war going on with China? Well, the answer to your question is that unlike in the past 5G is actually not about mobile phones and how fast you could download a feature film to your device!

If its not about mobile phones, then really what is 5G about and where else could one possibly use 5G? I mean, if you’re at home or the office you have Wifi, and 4G seems to work for everything in between. Its not like you really want to stream 4K UHD Netflix movies on your tiny handheld phone 1080p phone screen. The answer is quite simple: everything! Indeed, the reason 5G is so contentious is that it is about everything – more specifically the Internet of Things (IoT) – internet of all things in this case. 5G is a revolution in technology which some experts have even said will change society more than the internet has! It is different from everything that came before in that it is not only quantitatively better in that it is faster but that it is also qualitatively better – its smarter and more capable in every way.

In particular as it relates to our answer of “everything” is that it is faster, more stable and most importantly has a much higher bandwidth. This higher bandwidth means that 5G is going to be capable of handling fast and constants connections for millions of devices at once which will finally enable the massive leap forward in enabling the connection of all things – be it clothes, glasses, mobile phones, cars, traffic systems, buildings, doors, floors, walls, thermostats, and so on and so forth, to each other and to the internet. For example, nowadays if you drive too fast you can’t rely on your 4G, which makes it difficult to utilize 4G on driverless cars to communicate with each other, but 5G not only enables you to connect to it and utilize it at speeds but also has much lower latency which means that the messages the cars send to each other such as “I am turning round the corner” will be sent and received much faster thus stopping them from crashing into each other.

Of course, some of you may be doubtful – just how could we and why would we want to connect, say your fridge, to the internet? What is it that your fridge has to say to anybody? Well, this comes under the concept of the Internet of Things (IoT), which is a term describing our recent revelation that there are many things we could be doing more efficiently, cheaply, and plain better if we are able to get as many parts of our lives and society talking to each other. In the fridge example, one could say that your fridge could be capable of realizing what food/drinks you’re running out of and will be able to order food or essentials for you through Amazon or other such services before you even need to do it yourself. Imagine being in the office and getting a message from your fridge asking you if you wish to order milk and eggs for dinner as you ran out this morning? Or having your car tell you that one of the tires is losing pressure and might need to be replaced soon – but don’t worry it can notify your local garage and your local garage system has notified the tire store on the other side of town that it needs one tire of the same specifications as your car because the garage as it turns out didn’t have it in stock.  There’s one additional thing you may have noticed about the scenarios I’ve considered here that you might have noticed – these systems are somewhat capable of perception and communication which requires some degree of intelligence. And you would be right; 5G and IoT technologies due to their incredible complexity will increasingly require the inclusion of AI systems – systems which learn from your preferences, understand contextual elements and can inter-communicate.

This future of IoT is not far off either, nor is it your typical prediction of 10-15 years. Use cases described above are already here. 5G will expand use cases like these to “everything” everywhere. Some industry predictions say that we will have over 1 million connected devices per square kilometer in cities within the next few years. And these kinds of numbers are only going to be capably handled through 5G technology and systems. Products which were ahead of their time such as the GoogleGlasses could find their success with 5G because of what 5G enables. Instead of having the CPU/GPU in the glasses themselves making them heavy, dorky and expensive, all “smart” glasses would need is a glass overlay, camera and a connection to 5G. What you’re seeing and the actions you require such as overlaying google maps or Yelp Reviews could be streamed real time to a server which would handle the processing and stream it back in an instance. 5G will supercharge the connections in our society. It will change the way in which we do things because it will allow intelligent AI assisted networks to help us in our daily lives, in our businesses, our medicinal efforts, our security, maintaining cities  and everything else in between. That is why 5G is so contentious – western countries have to decide if they trust any company enough to provide equipment which will soon control all aspects of life in their societies, from the important things like food, water, electricity and safety to manufacturing, sales and consumption (indeed the economy) at large.