The 5G Core network is a Service Based Architecture. It evolves the traditional appliance based 4G Core Network to support services. It offers more agility and flexibility.

The major building blocks of this architecture include

This paper reviews the 5G Core Network architecture capabilities and current deployments of the major 5G vendors including:

According to Dell’Oro, as of 2019, Ericsson and Huawei share the top two spots in MCN (Mobile Core Network) followed by ZTE and Nokia and then Cisco. This includes market share for both the legacy as well as the 5G Core that is triggered by 5G Standalone (SA) launces.

In 2020 Huawei and ZTE increased their dominance over Nokia and Ericsson as China aggressively launched 5G Standalone ahead of other countries. Overall Huawei is the leading Telecom Equipment vendor followed by Nokia and Ericsson.

The 5G core market is purported to grow at a whopping 72% CAGR to $9.5B by 2025. As per Dell’Oro this market is dominated by Ericsson, Huawei, Nokia with Samsung and ZTE as the challengers.  We review the 5G Core Network Architectures as proposed by different players divided into two categories:

The Core Network Architecture evolution depends on the mobile operator choices. 3GPP has specified different options, shown in the following figure from GSMA. The options are grouped as SA (Standalone) vs NSA (non-Standalone). SA refers when only one radio access technology is used vs NSA refers to the option when both LTE and 5G radio access technologies are used simultaneously:

The question arises on why migrate to a 5G core? The following reasons provide the rationale for the migration:

Network slicing is enabled by the cloud native architecture. Multiple logical functions can be defined on the same physical architecture. It enables a mobile operator to support new services and business models for a variety of services like Massive IoT, Industrial IoT and Evolved Mobile Broadband. The 5G use cases enabled by a 5GC include augmented reality, factory automation, mission critical communications.

The scenarios for Edge Computing including local breakout of traffic. As is explained in the reference, “the reduction in latency, increase in service reliability and traffic and services isolation will contribute to an overall enhancement in the end-user experience. The list of capabilities goes on, but here are a few others:

In the following section we further discuss aspect of the of 5G Core network.

The following customers have launched an Ericsson 5G Core as of the writing of this article:

Ericsson claims the world’s first in 5G Core and NR SA and as per GlobalData, is a leader in 5G Core. “The solution has gained significant market momentum, which currently includes 64+ 5G contracts, 33+ live Non-Standalone (NSA) deployments, and 100+ Standalone (SA) trials in the planning or execution stages.”

These use cases are possible because 5G DN SLAs guarantee reliability, service availability, etc. In the Industrial Internet with stricter requirements, IEEE and IETF have defined the TSN standards to study deterministic communication development in industrial automation, vehicle management, and other fields.

As Nokia explains, “5G is not just a technology upgrade. To unleash its potential requires a rethink of how the network is designed and managed” and “Nokia Universal Adaptive Core is:

ZTE has been aggressively testing 5G SA with Orange, launched with 5G SA MTN Uganda. ZTE has a 5G E2E Slicing architecture and has been working Industrial Automation Opportunities with 5G technology.

Cisco has a presence in the 4G packet core with its acquisition of Starent in 2009. It continues to build on that acquisition for piece of the 5G Core business. Cisco has a very strong IP networking and security portfolio that it adds on to its existing offering to position itself as a key 5G security player. The following figure talks about the 5G Core Cloud Native Core with Network Slicing, and Mobile Edge Computing  and the importance of an end-to-end security layer for a 5G Network. The security aspects covered include:

Affirmed Unity Cloud is being deployed by: Inventec, CHT, AT&T, DNA, Milicom and Netmore, showing early customer momentum. Microsoft’s acquisition can be positive from a funding perspective but could dilute its laser focus on mobile core solutions. Affirmed, as part of Microsoft’s Cloud business unit, may be challenged to maintain a cloud-neutral stance regarding third party clouds.

Samsung has demonstrated market momentum and operational experience – via penetration in Korean telco operators deploying early 5G standalone (SA) networks. Samsung is well positioned in O-RAN to deliver end-to-end solutions, based on open RAN standards. Samsung’s open-source PaaS plus its Samsung Cloud Orchestrator (SCO) provides an effective automation platform. Samsung’s limitations include limited marketing presence outside of the Korean telco market. It may take some time to transition from trials to significant deployments. Samsung has a whitepaper on the 5G Cloud Native Core on a 5G Migration Strategy.

Samsung whitepaper lays out the evolution path towards 5G NSA + SA + WiFi in the years to come.

Samsung’s Cloud Native 5G Core is planned for Korea Telecom and being trialed in Czech Republic with Deutsch Telecom.

Mavenir strengths include that it is integrated with ONAP and ETSI based MANO solutions which appeals to operators for management and orchestration. Mavenir is highly visible in the Open RAN Policy Coalition to bring open and interoperable solutions to the RAN and has established engagements with operators such as Dish Networks and Vodafone IDea, providing it with a basis to deploy its 5GC and ORAN solutions. Mavenir utilizes cloud-native technologies to interwork with legacy protocols. Mavenir’s limitation is that it has not named operators who are using its 5G core in trials or commercial deployments.

From a LightReading article “Mavenir has enjoyed significant mobile core network wins in Europe, India and Japan. Top operators, including Turkcell, Telefónica and Deutsche Telekom, alongside upstarts like Rakuten Mobile in Japan and Dish Network in the US, have purchased the company’s offerings”.

Casa has not publicly announced 5G engagements with service providers, It notes engagement PoCs and trials.

Gartner recently updated its magic quadrant for 5G Vendors that shows the competitive landscape end-to-end. The capabilities of the 5G infrastructure include:

This paper compares the major 5G Core Network vendors, the features and their customers. The paper describers the leaders including Huawei, Ericsson followed by Nokia, ZTE and Cisco. Then we compare some of the disruptors on the 5G Core Network including Affirmed, Mavenir etc.

In 2021 there will a major move towards 5G SA to realize the special 5G use case that possible with a legacy 4G core which will cause an increase in investment. These vendors are poised to be the winners in this race. 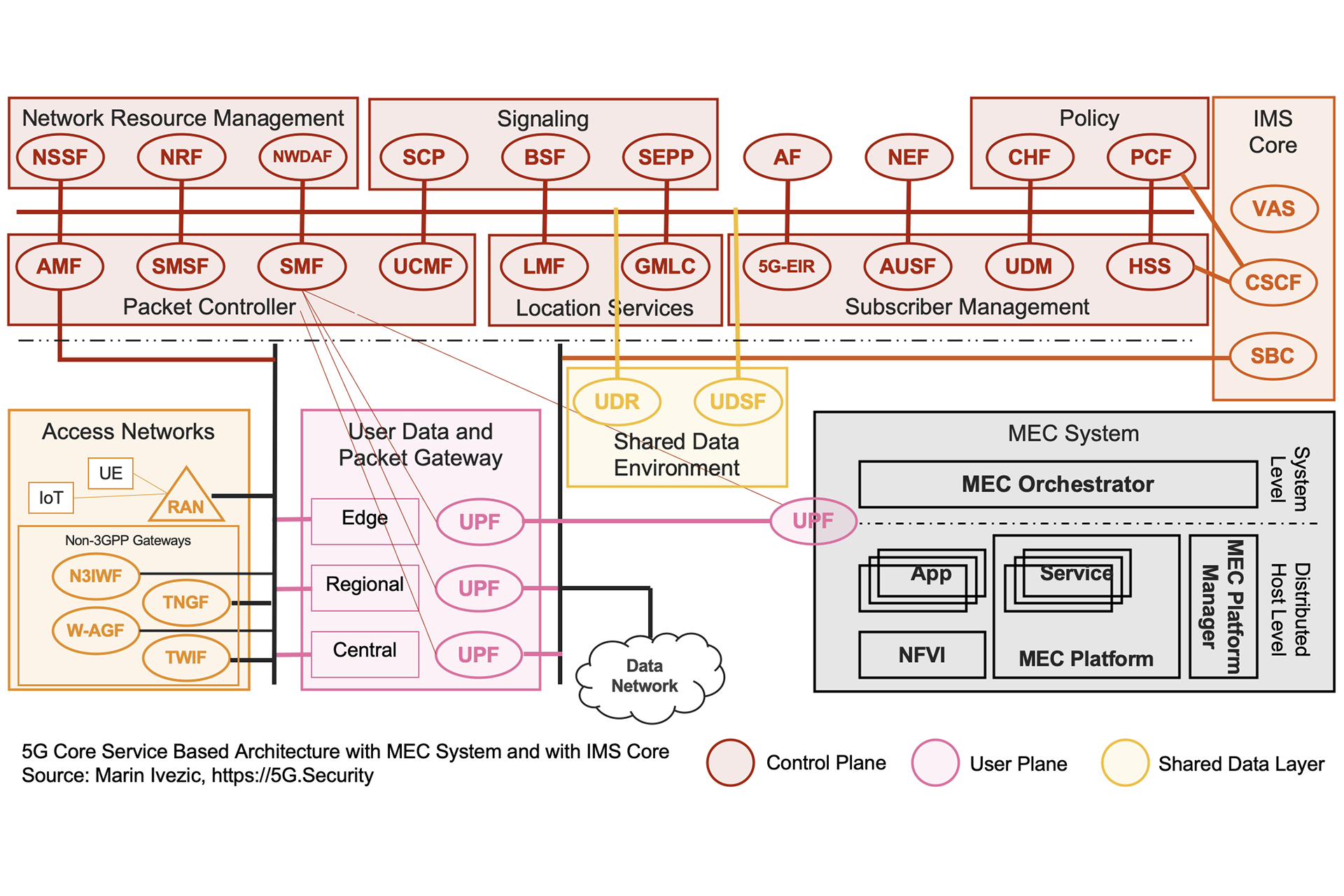