I get accused of focusing too much on 5G as the only future IoT connectivity option. I do write a lot about how 5G will revolutionize our society, become the most critical of critical infrastructures and about security threats with 5G. I see 5G, with its low latency, high bandwidth, network slicing and ubiquitous coverage becoming the foundational capability for mission critical industrial, agricultural, financial, medical, education, energy and transportation, even military and emergency services IoT communication needs.

That’s not to say that 5G is the only IoT connectivity option. There are plenty of others.

IoT applications have some common requirements such as low energy consumption and cost effectiveness, but they also differ in their data rate, latency, range, reliability and other requirements. And, what I care most about, they vary in how they address security.

In the next few articles I will explore security features of some key IoT wireless technologies besides 5G.

The most commonly used short-range radio technologies that operate at a personal or smart home range are Zigbee and Bluetooth.

Prior to 5G, long-range solutions based on cellular communications (2G, 3G, 4G) provided larger coverage, but they consumed excessive device energy and had too high latency for many use cases.

Some LPWAN technologies, such as e.g. NB-IoT, are cellular technologies operating in the licensed spectrum.

The Long-Range Wide-Area Network (LoRaWAN) and Sigfox are the two leading non-cellular LPWAN technologies that compete for large-scale IoT deployments.

There are specific use cases for which non-cellular LPWAN technologies will remain more suitable than 5G. For example, devices for which the battery lifetime of over ten years is important, might want to consider these non-5G communication technologies. In areas where 5G is not deployed or can’t reach (e.g. underground) LoRaWAN might be more suitable. In Smart Cities where density requirement might be even higher than the planned 5G one million devices per square km, LoRaWAN could provide a solution – addition of one gateway could support additional ten million devices. For private networks, 5G is not an easy deployment option. For mMTC applications in large-scale deployments, especially for non-time-critical sensor use cases without, or with low Quality of Service requirements, LoRaWAN will probably continue complementing 5G even after 5G is widely deployed.

While I expect 5G to become the catalyst for massive IoT (mIoT) development, pragmatic implementation approaches will have to combine 5G, NB-IoT, LoRaWAN and other technologies based on their strengths. Indeed, with many of my network operator clients we are working on securing a mix of cellular and non-cellular technologies planned to continue even after the arrival of 5G.

LoRaWAN provides long distance connectivity to IoT devices. It is designed for wireless battery-operated network, and it fills the gap between short-range low-power-consumption networks and long-range high-power-consumption networks. LoRaWAN is one of the dominant public specifications worldwide, with more than 500 vendors and 100+ LoRaWAN network operators having deployed LoRaWAN in more than 100 countries.

LoRa is the protocol at the physical and data link layer (LoRa PHY) – a proprietary radio modulation technology for wireless LAN. LoRa is a patented technology owned by Semtech.

LoRaWAN is developed on top of LoRa PHY as an open standard. It provides network, transport, session and presentation layer mechanisms and is managed and promoted by the LoRa Alliance.

LoRa physical layer RF modulation is based on a chirp spread spectrum modulation. It is the first low cost commercial implementation of this modulation which was previously used in military and space communication due to the long range that can be achieved. Chirp maintains the same low power characteristics as the frequency shifting keying (FSK) modulation used by many legacy wireless systems in the past, but significantly increases the range.

While the LoRa physical layer enables the long-range communication, it is the LoRaWAN communication protocol and network architecture that most influences the security, quality of service, battery lifetime and network capacity.

The lower frequencies which LoRaWAN uses are known as the unlicensed spectrum, more specifically the unlicensed radio spectrum in the Industrial, Scientific and Medical (ISM) bands. In Europe LoRaWAN uses the 867-869 MHz band, in the U.S. 902-928 MHz, while in China the 470-510 MHz band.

Different from Bluetooth, GSM, 3G, LTE or some other well-known wireless communication technologies, LoRaWAN provides the range of cellular networks and has the flexibility of Bluetooth or WiFi with the specifically designed devices to support very long battery life. Thinking about cybersecurity, design choices focused on energy consumption are already raising cybersecurity red flags for me. Complex encryption algorithms cannot be easily used in energy-constrained IoT devices. Advanced cryptography algorithms are not suited to IoT devices with limited energy and memory space because these algorithms often require a large storage space and strong computing capability. Every attempt to improve IoT security usually negatively impacts the energy management. Let’s see how LoRaWAN deals with this.

Typical LoRaWAN applications can be found in the IoT domain, with small sensors/devices that exchange information on a limited time interval and that are power supplied by batteries.

The most important LoRaWAN characteristics are:

LoRaWAN has some limitations as well, such as low network efficiency – i.e. large packet loss; or limited ability to control devices. So ideal use cases are simple sensors that don’t have to transmit frequently and in which occasional packet loss would not cause adverse impact. For example, smart meter readings that are updated every hour or so are an ideal example. With them it doesn’t matter if an occasional reading is missed, as long as some make it through.

Some other interesting LoRaWAN use cases are:

Instead of the more common IoT mesh topology (e.g. ZigBee), LoRaWAN uses a star-on-star topology illustrated in Figure 1. Gateways relay messages between network server and end-devices. LoRa RF modulation is used between end-devices and gateways. Between gateways and servers a standard IP connection is used. While the mesh architecture could increase the range and reliability, it also reduces battery lifetime as nodes receive and forward information from other nodes that is likely irrelevant for them. LoRaWAN long-range star-on-star architecture and three communication modes that can help further lower the power consumption comprise the best compromise to preserve battery lifetime while providing long-range connectivity.

A LoRaWAN network is based on following entities:

Security considerations have been built into the LoRaWAN from the first version of the specification released in June 2015.

LoRaWAN uses symmetric-key cryptography to provide secure wireless communication. This means that a root key that is stored in a node must also be made available to the network in order to generate session keys. LoRaWAN utilizes two layers of security – one for the network and one for the application layer, as presented in Figure 2.

Standardized AES encryption is used with the key exchange utilizing an IEEE EUI64 identifier. It combines the original AES encryption/decryption algorithm with several modes of operation, including a Cipher-based Message Authentication Code (CMAC) and a Counter Mode (CTR). The former is used to protect the integrity of messages, while the latter is employed for data encryption.

The application and network servers calculate the node’s two 128-bit keys: the Application Session Key (AppSKey) and the Network Session Key (NwkSKey), respectively. These are calculated based on the values sent in the Join Request message from the node. Additionally, the application server generates its own unique randomly generated nonce value – AppNonce. The Join Accept reply includes the AppNonce, a NetID, end device address (DevAddr) along with configuration data for radio communication link, like RF delays (RxDelay) and determined channels (CFList). The device address (DevAddr) in the Join Accept reply is a 32-bit identifier which is unique within the network.

It is possible to use the device address to differentiate between end devices which have already joined the network. This allows the network and application servers to use correct encryption keys and to properly interpret the data.

When nodes are receiving messages back from the network, the data is encrypted with the AppKey. The node then uses the AppKey to decrypt the data and derives the AppSKey and the NwkSKey using the AppNonce value received in the Join Accept reply.

b) Activation by Personalization (ABP) method – differs from OTAA, as the unique DevAddr and both session keys (NwkSKey and AppSKey) are already deployed in the nodes. Since the nodes already have the information and keys they need, they can begin communicating with the network server without the join messages exchange.

Once a Node has joined a LoRaWAN network, either through OTAA or ABP activation method, in compliance with LoRaWAN Specification 1.1 all future messages will be encrypted and signed by using a combination of specific keys – NwkSKey and AppSKey:

LoRaWAN offers a simple process for end-to-end data confidentiality and integrity that should be interoperable among manufacturers and network providers. The implemented encryption mechanism ensures that the LoRaWAN network remains secure.

Security best practices refers to the roles and responsibilities of the entities in the LoRaWAN ecosystem and the security controls that are in place through the lifecycle of sensors, attempting to join LoRaWAN networks. Some representative examples of LoRaWAN security:

Like other wireless technologies, LoRaWAN has some security vulnerabilities. LoRaWAN networks deployment should be architected with an awareness of possible security threats.

LoRaWAN guarantees security for LoRa devices through symmetric-key cryptography. Despite the security features we just discussed, LoRa devices are susceptible to security attacks. For instance, LoRa modulation requires between 900 milliseconds and 1.2 seconds for each LoRa transmission.

Some of the most important security issues in LoRaWAN would be:

LoRaWAN uses AES-128. It is one of the strongest and and most efficient algorithms in existence today. While some AES weaknesses have been uncovered by researchers, exploiting them is not practical. Yet. NIST claims that AES-128 should be secure at least up to 2030. ECRYPT-CSA sees it as secure until 2028 (See https://www.keylength.com).

However, AES-128 is not secure against quantum attacks. The best-known theoretical attack is Grover’s quantum search algorithm. In a post-quantum world only AES-256 is seen as being medium-term secure, while AES-128 is insecure.

This is more than just a theoretical discussion. One of the key selling points for LoRaWAN is the 10+ battery life for devices. Which means that many of today’s implementations are supposed to have operational life longer than the predicted commercial appearance of quantum computing. We have to think today about how quantum resilient our cryptographic choices are. Or at least how easy they are to upgrade.

Security challenges affect LoRaWAN like all other IoT technologies. In order to meet the increased security requirements in IoT networks, the LoRa Alliance is permanently engaged in standard development. In the same time, the overall security of the LoRaWAN network depends on the implementation of specific security solutions and deployment that need to be considered by the manufacturers, the carriers – network operators and their best practices. These two types of security issues are not specific exclusively to the LoRaWAN, but are equally applicable to any other wireless technology. LoRaWAN security issues must be analyzed from the very beginning of network design and should be assessed individually for each use case. 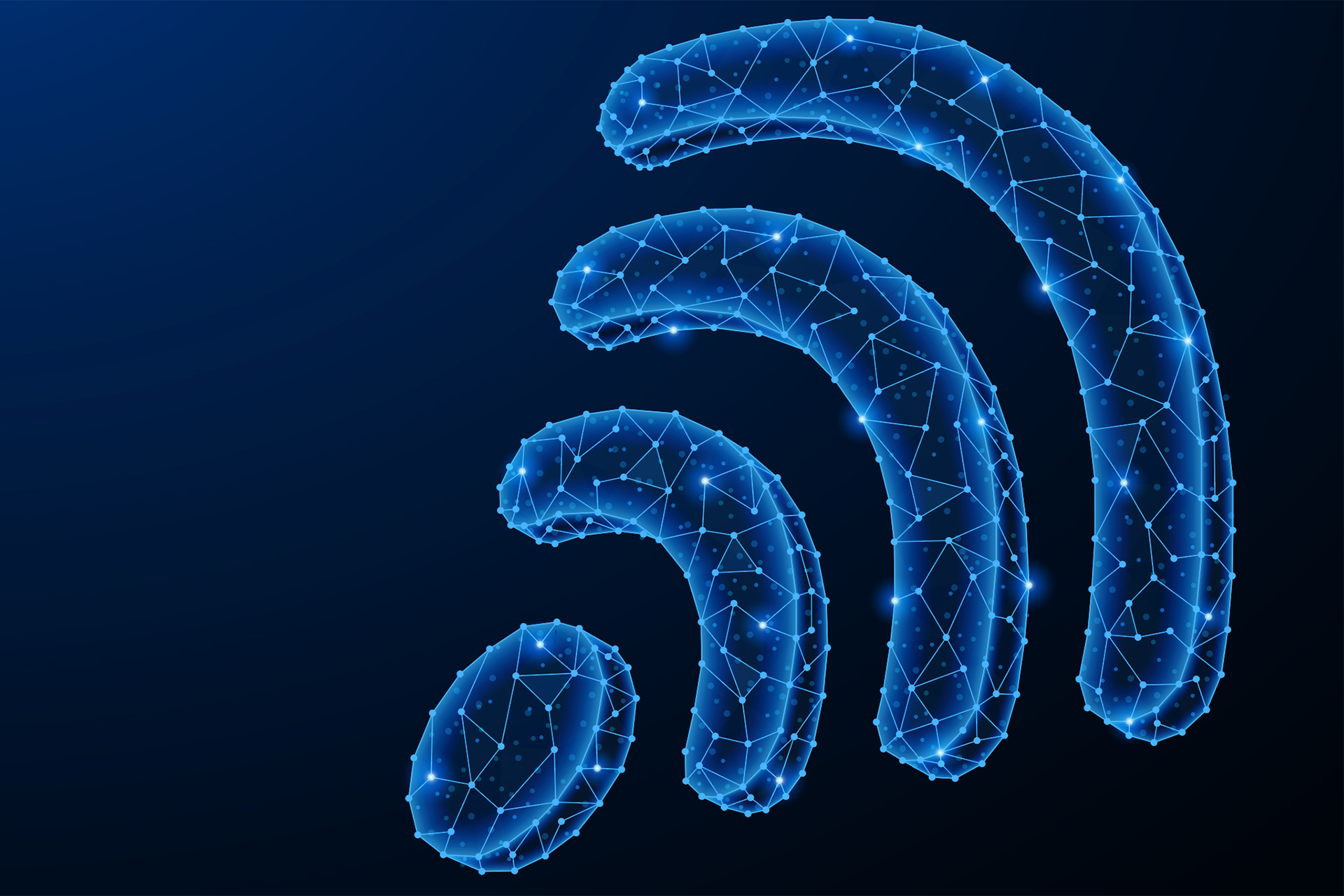